Bill Gates: Why renewable energy is not enough to solve climate change 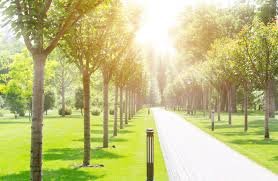 Renewable energy is getting cheaper and more efficient. Environmentalists, like Bill Gates, celebrate that as progress toward reducing our reliance on polluting power sources. But it is also a source of concern for the Microsoft co-founder, who has emerged as a climate change crusader in recent years.

In an interview with “Axios on HBO” this week, Gates explained why he’s worried that too narrow a focus on renewable energy obscures the larger climate change puzzle.

“A lot of people think renewable energy,” he said. “Wind and solar has gotten a lot cheaper. Isn’t that it? When electricity is only a quarter of the problem. In fact, we’ve got to solve the entire 100 percent.”

As Gates and Axios note, electricity only accounts for 25 percent of the world’s greenhouse gas emissions. Shifting to wind and solar power doesn’t reduce the other 75 percent of emissions created by transportation, manufacturing, buildings, agriculture, and other sources.

“We’re very far away from getting all these sources down to zero, which is what we have to do to solve this problem,” Gates told Axios.

One thing that's not in doubt is the need to find new ways to rid the atmosphere of excess CO2. A recent U.N. report on climate change warned that the world must take "unprecedented" action to save our warming planet — and it included a call for new approaches to Carbon Capture.